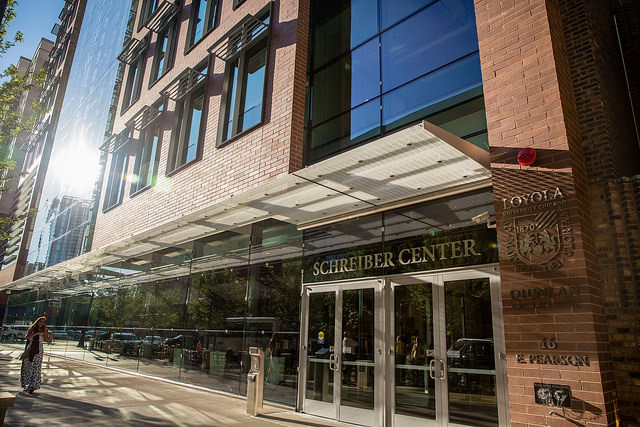 Representatives from higher education institutions and investment groups gathered at Loyola University Chicago November 1-2, 2016, to advance conversations on institutional endowment investing. In attendance were financial experts including former Secretary of the Treasury Henry M Paulson, Jr., and Generation Investment Management’s David Blood as well as students, senior administrators, and trustees from some of the nation’s leading colleges and universities. The Midwest Renewable Energy Association (MREA) along with partnering schools University of Minnesota, Illinois State University, and Purdue University participated in the forum as part of the Solar Endowment.

The Solar Endowment is an effort to generate university foundation investment in solar photovoltaic energy through campus support and innovative investment mechanisms. With over $500 billion in endowments, colleges and universities throughout the country have a combination of finance, land, power consumption, and commitment to education that makes them uniquely positioned to invest in renewable energy.

Hosted by the Intentional Endowments Network (IEN), the two-day event culminated in the release of the “Investing in Clean Energy: Campus and Endowments” white paper, detailing opportunities and barriers for institutions to invest in renewable energy. At a panel session focused on the paper and led by MREA’s Nick Hylla, panelists outlined current trends and best practices for higher ed investment, including the Luther College model for third-party, supporter-financed solar projects. Other sessions focused on fiduciary duty, mission-aligned investment portfolios, performance analyses, and the involvement of students and community members.

The Solar Endowment is a project by the MREA funded by the U.S. Department of Energy’s SunShot Initiative, aiming to make solar energy cost competitive with traditional energy sources by the end of the decade. More information on the project can be found at www.solarendowment.org.