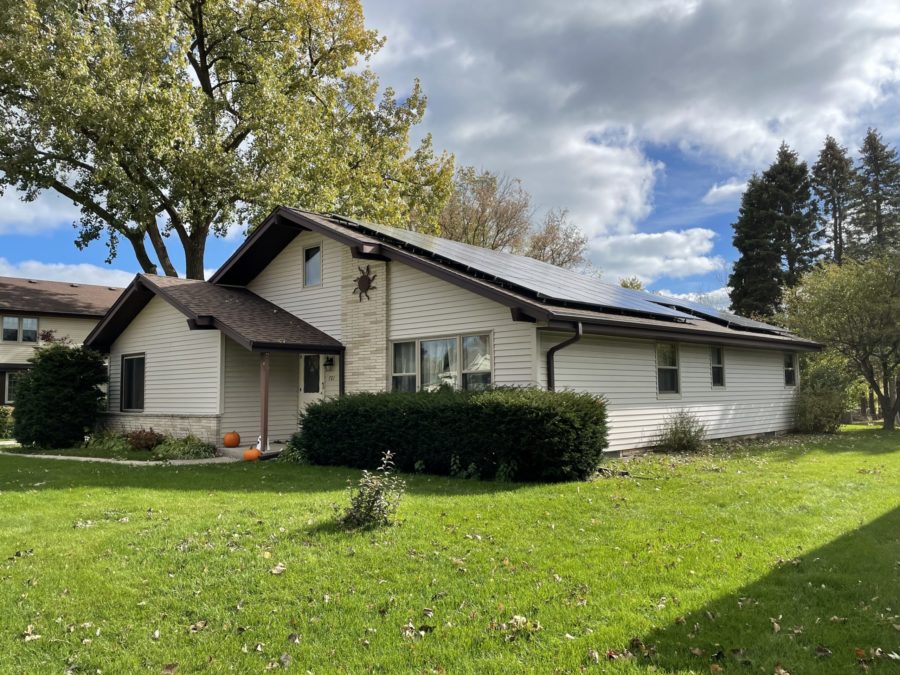 The short answer is Yes. Let’s take a look at why.

At the very end of 2021, we posted a video called “Ask Nick Anything” where our Executive Director, Nick Hylla, answered questions we had gathered over the preceding few weeks. (If you haven’t seen it, I encourage you to check it out.) One of the questions was: Is it possible to find lifetime analyses of electric cars, windmills, or solar panels that compares greenhouse gas emissions to fossil fuel electrical energy or internal combustion cars? His answer in general is yes, but, especially as it pertains to electric vehicles, it will depend on where you plug in. In other words, the mix of electricity generation sources on the grid differs from place to place, with some being more fossil fuel-intensive than others.

I wanted to expand on this a little further and point readers in the direction of analyses that have been done comparing traditional technologies (read: fossil fuels, internal combustion engines) against newer technologies.

The National Renewable Energy Laboratory (NREL) has put together a quite useful meta-analysis of 3,000 studies, vetting the quality of them to such an extent that 85% of studies’ results were not deemed up to par. In their words: “A systematic review, comprising three rounds of screening by multiple experts, selected references that meet strict criteria for quality, relevance, and transparency.”

As NREL demonstrates, renewables like wind energy, ocean energy, hydropower, and to a somewhat lesser extent PV, concentrated solar power, and geothermal, each outperform natural gas, coal, and oil in terms of lifecycle GHG. (Notably, renewable biopower has an incredible range of greenhouse gas emissions estimates, but the median half of outcomes is still much better than fossil fuels.) The chart below summarizes their findings. 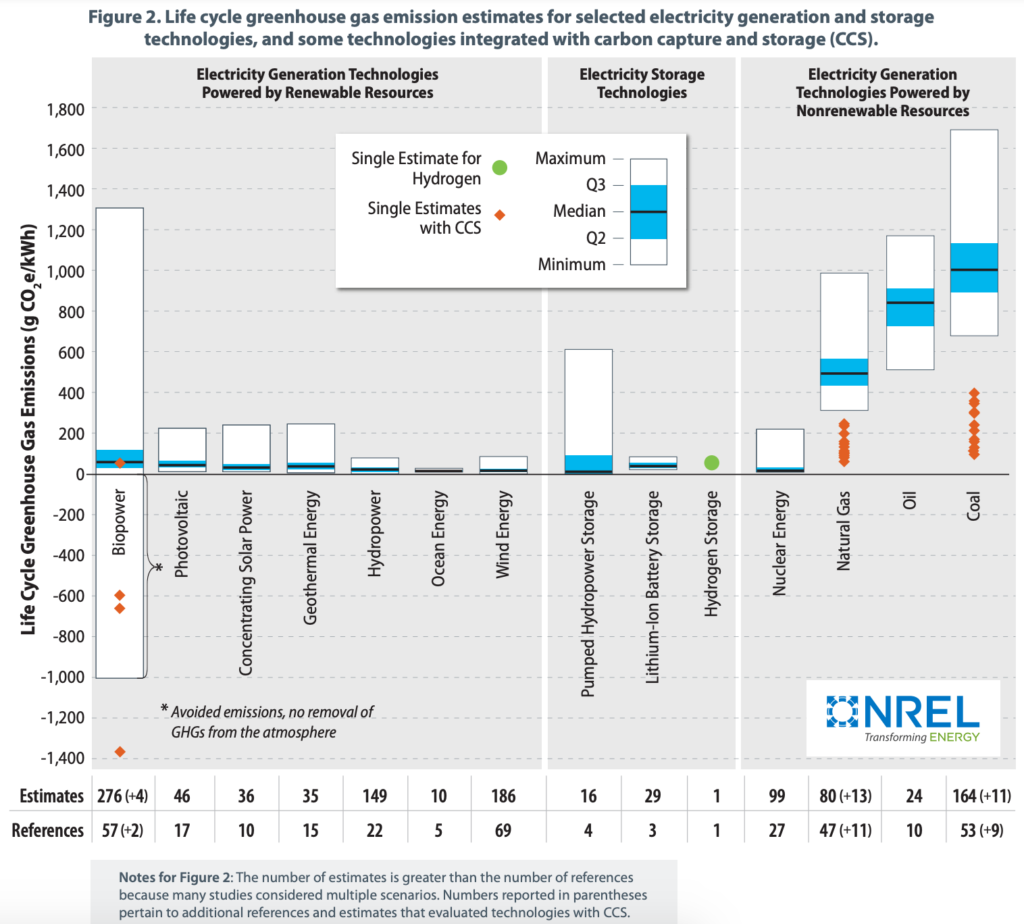 Despite all the industry messaging around natural gas as a clean alternative to coal and oil, you can see that lifecycle GHG resulting from natural gas is still far more significant than renewable energy lifecycle GHG.

Let’s turn our attention to vehicles, and analyses performed by the International Council on Clean Transportation (ICCT). The ICCT famously blew the whistle on Volkswagen’s diesel car emissions in 2014.

According to ICCT, “The life-cycle GHG emissions of U.S. average BEVs registered in 2021 are 57%–68% lower than for comparable average gasoline vehicles.” 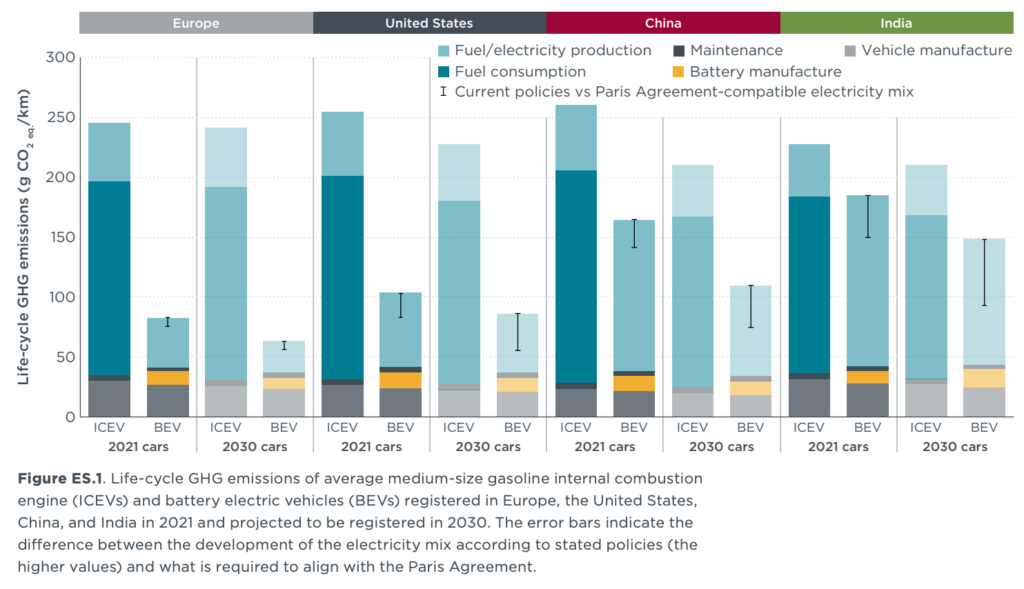 You may be wondering how hybrid vehicles stack up in this comparison. Below is a chart demonstrating conventional internal combustion engine vehicles against hybrids and batteries. The graph on the left is “lower medium” sized vehicles and the right side is SUVs. These assessments are for the European market but should be roughly indicative of US vehicles as well.

A few other points of interest from the ICCT’s study:

In sum, you can minimize the greenhouse gas emissions of your home and vehicle by putting solar on your property, and in turn powering your electric vehicle with your solar array. I’ll leave you with a reminder that the current transportation system is incredibly wasteful: in the US in 2020, 19.2 quads5 of energy was wasted out of the total 24.3 quads of energy used for transportation – 79%. 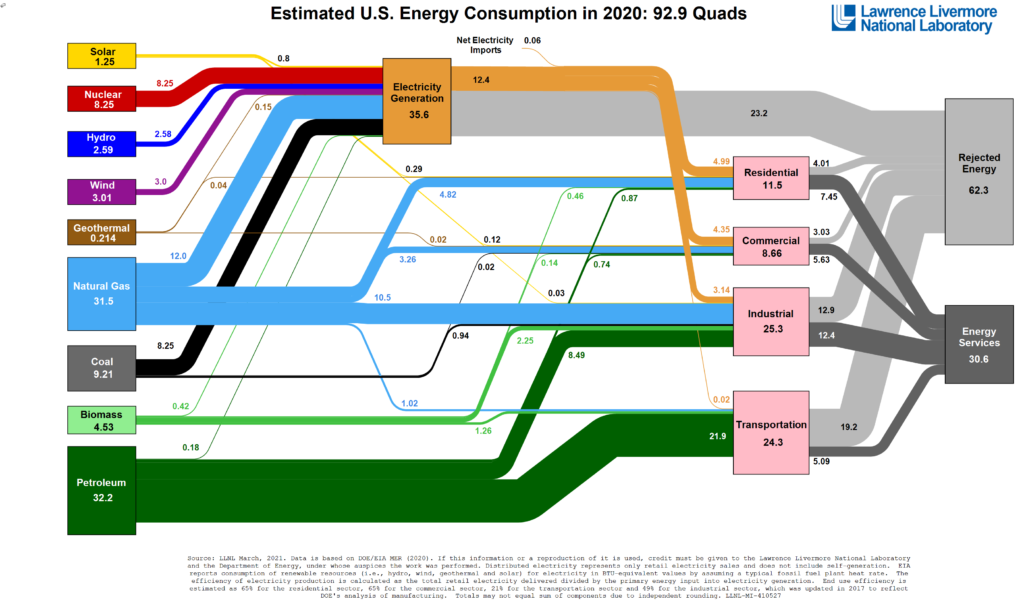 For environmental and economic reasons alike, we should do whatever we can to minimize waste in this system, and choosing technologies with lower GHG is one way to do that.